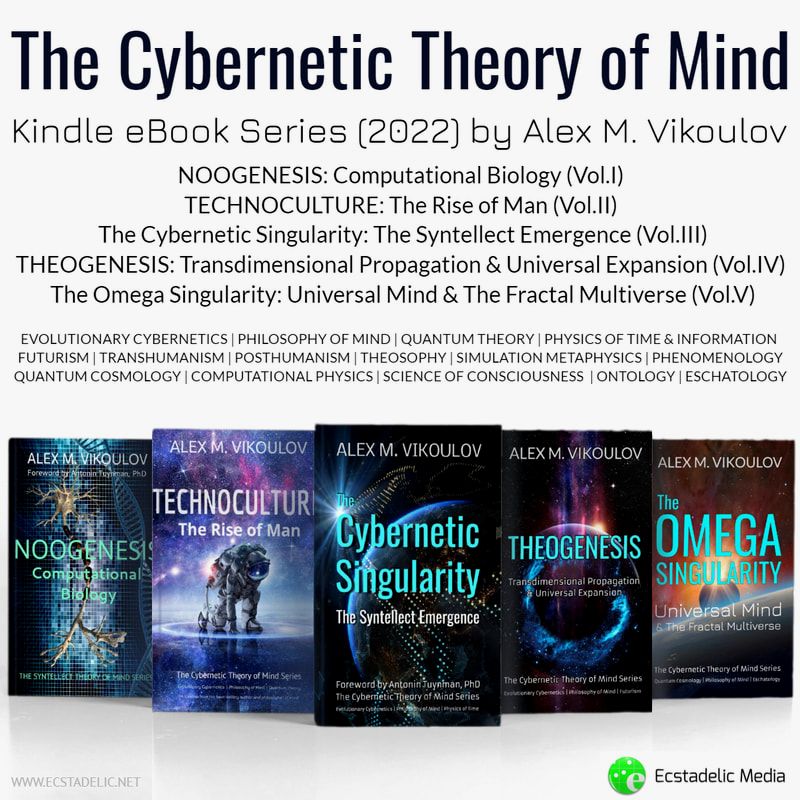 The Cybernetic Theory of Mind eBook series (2022) is a 5-book set by futurist, evolutionary cyberneticist and philosopher Alex M. Vikoulov on the ultimate nature of reality, science of consciousness, physics of time and information, computational physics, philosophy of mind, foundations of quantum physics, technological singularity, transhumanism, posthumanism, impending phase transition of humanity, simulation metaphysics, economic theory, extended Gaia theory, evolutionary cybernetics, all of which is combined into one elegant Theory of Everything.
Buy eBook Series on Amazon 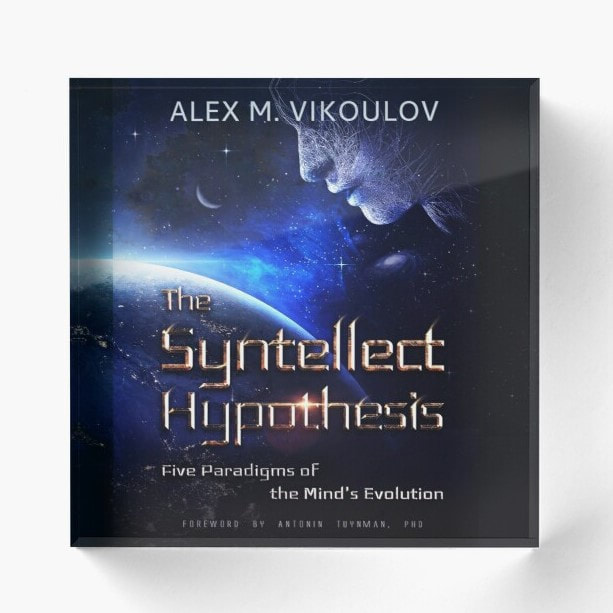 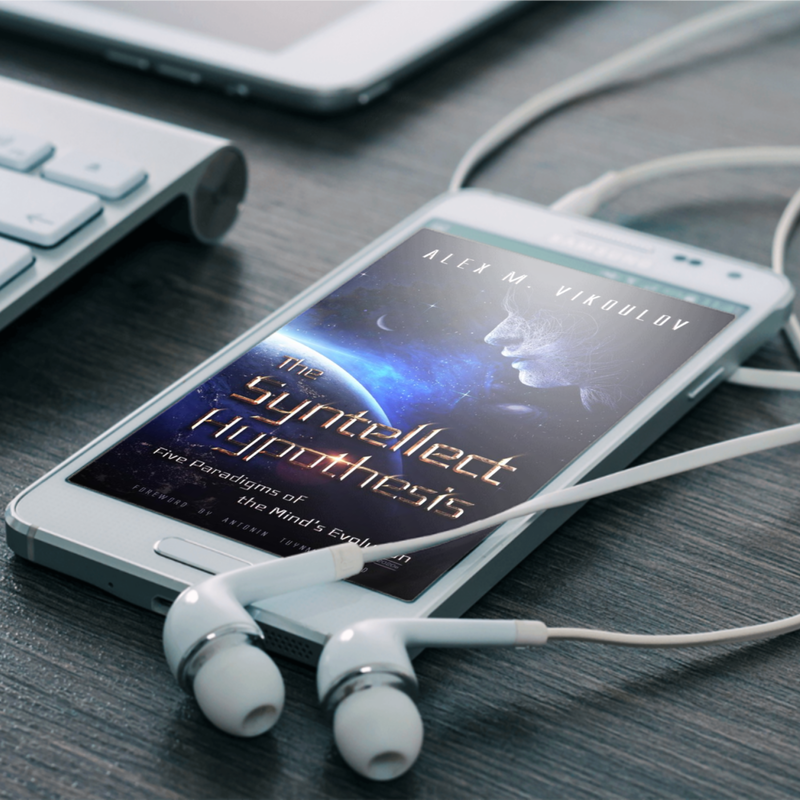 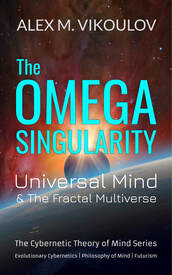 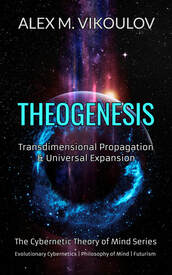 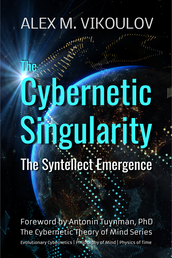 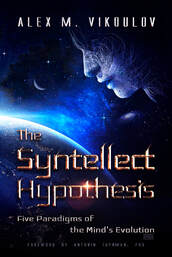 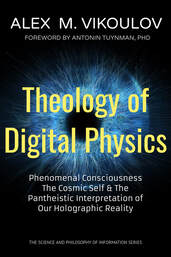 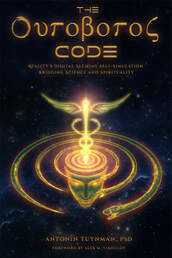 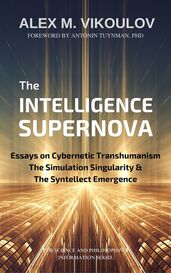 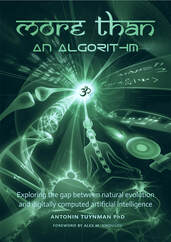 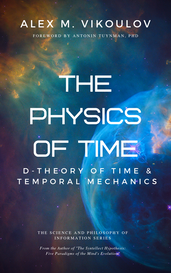 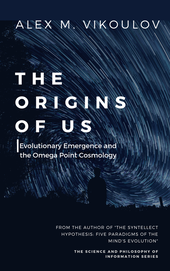 The Syntellect Hypothesis
​Five Paradigms of the Mind's Evolution 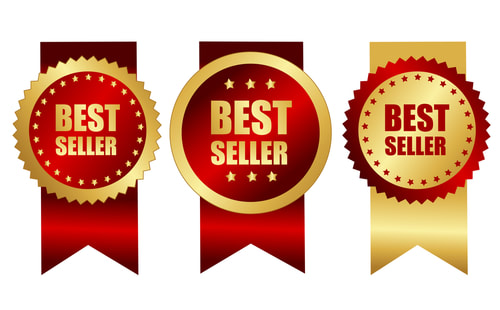 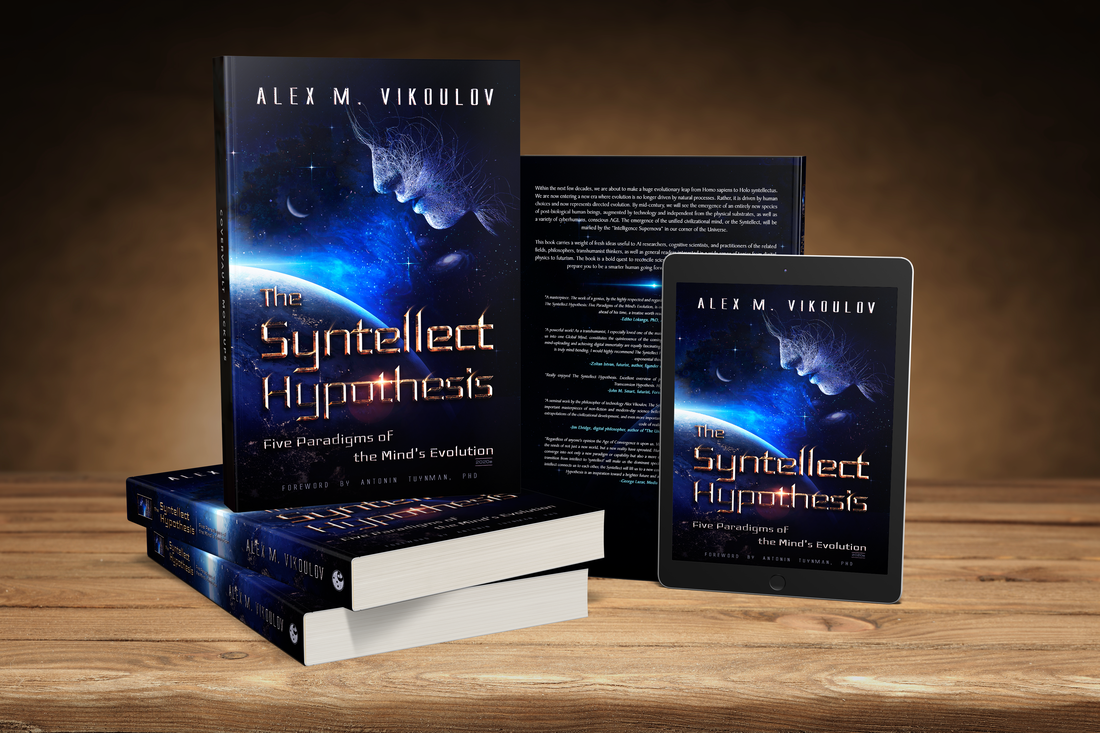 Magnum Opus of evolutionary cyberneticist and philosopher of mind Alex M. Vikoulov on the ultimate nature of reality, consciousness, the physics of time, phenomenology, the Technological Singularity, the impending phase transition of humanity, transcendental metaphysics and God. In one volume, the author covers it all: from quantum physics to your experiential reality, from the Big Bang to the Omega Point, from the ‘flow state’ to psychedelics, from ‘Lucy’ to the looming Cybernetic Singularity, from natural algorithms to the operating system of your mind, from geo-engineering to nanotechnology, from anti-aging to immortality technologies, from oligopoly capitalism to Star-Trekonomics, from the Matrix to Universal Mind, from Homo sapiens to Holo syntellectus.

This is an essential read in Digital Physics, Quantum Foundations, science of consciousness, philosophy of mind, economic theory, cybernetics and AI research, collective evolution and self-development in the Information Age. Despite a dozen of neologisms, readily explained by given definitions and contextually, the book is an exceptionally easy read for an intellectual reader. Alongside with the Syntellect Hypothesis, as the author's main contribution to the scientific and philosophical dialogue, you'll encounter the Conscious Instant hypothesis and the temporal singularity, Experiential Realism and the Mental Universe hypothesis in regards to our phenomenological experience; the Noocentric model challenging the centuries-old Copernican heliocentric model; the Chrysalis conjecture as his solution to the Fermi Paradox; D-theory of Time, or Digital Presentism, as a fresh perspective on temporal ontology and the physics of time; the mind-bending Digital Pantheism argument, exponential evolution, and the Omega Point Cosmo-Teleology.
​Editorial Reviews:
​
"A masterpiece. The work of a genius, by the highly respected and regarded, Russian-American scientist and philosopher Alex Vikoulov. The Syntellect Hypothesis: Five Paradigms of the Mind's Evolution, is one of the most important books of 2019. Vikoulov is far ahead of his time, a treatise worth reading. Highly recommended."
-Ediho Lokanga, PhD, theoretical physicist, professor at Euclid University

"A powerful work! As a transhumanist, I especially loved one of the main ideas of the book that the Syntellect Emergence, merging of us into one Global Mind, constitutes the quintessence of the coming Technological Singularity. The novel conceptual visions of mind-uploading and achieving digital immortality are equally fascinating. The Chrysalis Conjecture as a solution to the Fermi Paradox is mind-bending. I would highly recommend The Syntellect Hypothesis to anyone with transhumanist aspirations and exponential thinking!"
-Zoltan Istvan, futurist, author, founder of the U.S. Transhumanist Party

"Really enjoyed The Syntellect Hypothesis. Excellent overview of possibilities of mind and physics. Timely discussion of the Transcension Hypothesis. Highly recommend!
-John M. Smart, futurist, Foresight University CEO
​
"A seminal work by the philosopher of technology Alex Vikoulov, The Syntellect Hypothesis, could surely find its place among the most important masterpieces of non-fiction and modern-day science belletristics. This book is a bold vision of the future, irrefutable extrapolations of the civilizational development, and even more importantly, a deep philosophical treatise on what might be the ultimate code of reality."
-Jim Elvidge, digital philosopher, author
From the Back Cover:

Within the next few decades, we are about to make a momentous evolutionary leap from Homo sapiens to Holo syntellectus. We are now entering a new era where evolution is no longer driven by natural processes. Rather, it is driven by human choices and now represents directed evolution. By mid-century, we will see the emergence of an entirely new species of post-biological human beings, augmented by technology and independent from the physical substrates, as well as a variety of cyberhumans, conscious AGI. The emergence of the unified civilizational mind, or the Syntellect, will be marked by the “Intelligence Supernova” in our corner of the Universe. This book carries a weight of fresh ideas useful to AI researchers, cognitive scientists, and practitioners of the related fields, philosophers, transhumanist thinkers, as well as general readers interested in a wide variety of topics from digital physics to futurology. The book is a bold quest to reconcile science, theology and philosophy of mind.
​This book will prepare you to be a smarter human going forward into the Age of Superintelligence.

"I have been a friend and fellow futurist with Alex Vikoulov for the past several years. He has consistently been providing thought-inspiring ideas and theories to the future intersection of our species and technology. His new book, The Syntellect Hypothesis, is a grand vision into several very plausible scenarios and recommended to all academics and armchair philosophers alike."
-Alex Yamane, Torrance, CA, Serial Entrepreneur and Startup Consultant

“I have followed the works of Alex Vikoulov who is at the razor’s edge of where we are headed, folks: the intersection of science and spirituality, mind and matter, psychology and psychedelia. Buckle up to have your mind blown and your life changed as Alex guides you into a future that is, at once, both the weirdest and most probable one possible.”
-Matt Swayne, State College, PA, Science Writer

“Regardless of anyone’s opinion the Age of Convergence is upon us. Visionaries like Alex Vikoulov see what is already taking place as the seeds of not just a new world, but a new reality have sprouted. Humanity has much to look forward to as people and technology converge into not only a new paradigm or capability but also a more enhanced form of existence. Whether or not this meta-system transition from intellect to ‘syntellect’ will make us the dominant species of our universe or multiverse I cannot say, however while intellect connects us to each other, the Syntellect will lift us to a new cosmic level of awareness and interconnectedness. The Syntellect Hypothesis is an inspiration toward a brighter future and a manual to usher in this truly evolutionary leap!”
-George Lazar, San Francisco, CA, Media Commentator

“We usually mean ‘reality’ as a conscious byproduct of perplexion that can repeat, reshape, simulate the game of life. The meaning instantly entangles us in the vast territorial frame, and we are the blade of grass in that territory. Alex takes his flight from this point by going against the centralized position of modern knowledge. His work replaces our traditional thoughts on ‘intellect’ by adding the new term ‘syntellect’. It reminds what Korzybski once said, ‘The map is not the territory’. Perhaps we need to accept the fusion of the latest science of quantum entanglement with this theological hypothesis that the author accomplished within his three-year venture of writing this book”
-Kirno Sohochari, Philosopher

“Being an ardent follower of Alex Vikoulov's work and seeker of truth, I can attest that this is the most advanced book in Philosophy of Mind and the ‘textbook’ for the future”
-Melroy Dsouza, Mumbai, India